- Serving Clients Throughout The United States -

Dave & Janet Flavin of Fort Wayne, IN – Valued Client Since 2009 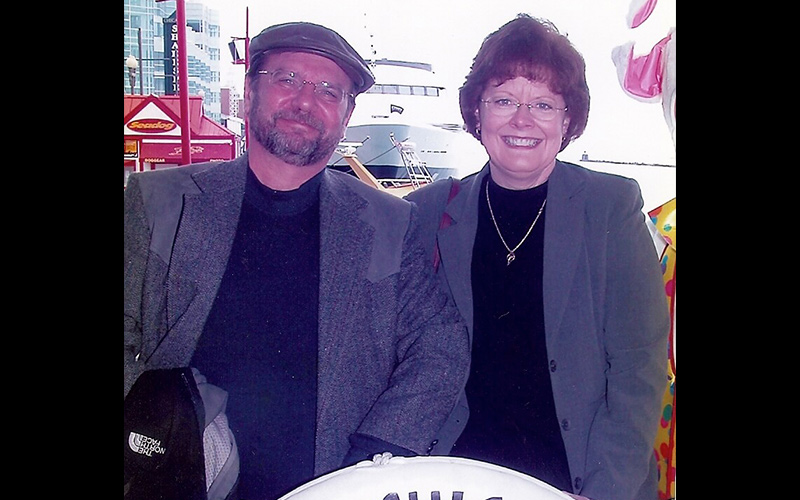 David and Janet Flavin reside in Fort Wayne, IN, where they have lived since 2003.

Dave retired in 2010 at sixty years old. He also retired from the Air Force in 1995 after serving twenty-four years as a program manager in Command, Control, Communication, Computer, Intelligence, Surveillance, and Reconnaissance (C4ISR). After leaving the Air Force Dave worked in manufacturing as Director of Information Technology and Business Systems.
Janet retired in 2012 at fifty-five years old. She had a rewarding career in Human Resources/Employee Benefits while living in Colorado. She managed both defined benefit and defined contribution retirement plans for 1,800 employees. After relocating to Fort Wayne she obtained her P&C and Life & Health insurance licenses and was an administrator at an insurance brokerage firm.

When asked what they enjoy about retirement? They chime, “Thoroughly enjoying each other’s company.” They maintain that you must be best friends in order to pull off a successful and rewarding retirement, saying, “After all, it is a 24/7, 365 commitment.”

Dave was transferred to Fort Wayne from Denver, Colorado where they enjoyed skiing and riding their bicycles throughout the Rocky Mountains. Both Dave and Janet are certified PADI Master Scuba Divers and enjoy diving in the Caribbean, Micronesia and Indian Ocean. Their favourite dive locations are Palau, Maldives and Little Cayman. They enjoy travelling; taking time to experience different cultures around the world. They have an agreement where Dave does all the cooking and Janet cleans up after him (he is capable of making a real mess, especially cooking Chinese food) – on a rare occasion when it’s Janet’s turn to cook they go out to eat. Their active lifestyle includes regular exercise, either by walking, jogging, swimming, kayaking, bicycling or weight training. Other activities include reading and surfing the web. They are passionate animal lovers who enjoy caring for their two dogs and six rescued cats. They are also patrons of the arts, attending philharmonic, ballet and Broadway performances several times a year.

They have immediate family living in Dallas, Texas; Denver and Glenwood Springs, Colorado. Currently, they have six Grandchildren and two Great Grandchildren. They have extended family in Texas, California, Colorado, Arizona, Georgia and Wisconsin. They particularly enjoy visiting cousins on their working ranch outside New Braunfels, TX.